The decision comes little more than a year after Congo, then a candidate country, was suspended from the organisation over its failure to fully disclose revenues in its mining sector.

In a statement announcing the decision, EITI said the government had addressed issues raised in a 2010 report which led to the temporary suspension, and Congo was now compliant with its standards.

"Despite all the challenges facing the country, the Congolese people have been working together to bring transparency and accountability to the management of their natural resources," Clare Short, the group's chair, said.

EITI -- which includes governments, companies, civil society groups, investors and international organisations -- encourages transparency by tallying up revenues declared by states and comparing them with payments declared by mining operators.

Congo possesses enormous mineral wealth with deposits of gold, diamonds, copper, cobalt and tin estimated to be worth trillions of dollars.

However, cyclical violence in the country's eastern borderlands coupled with decades of corruption and mismanagement – particularly in the mining sector – mean that the vast majority of its 65 million citizens live in extreme poverty.

In one high-profile instance, anti-corruption campaigners claim that between 2010 and 2012, Dan Gertler, an Israeli billionaire investor and friend of Congolese President Joseph Kabila, benefited from a series of underpriced mining deals.

The Africa Progress Panel says these deals cost the Congolese state $1.36 billion. Gertler has consistently denied any corruption was involved in the transactions.

"The next step for Congo is to reveal the ultimate owners of its mining and oil concessions, which are often held anonymously through offshore companies," said Nathaniel Dyer from London-based anti-corruption campaigners Global Witness. 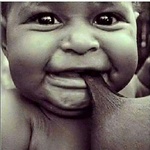